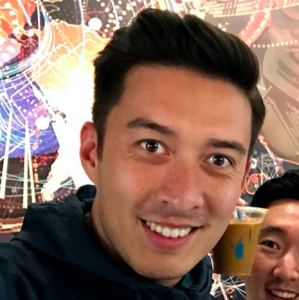 I coach 3 teenage boys to get them into shape. Depending on the activity, I try to ease the pain by taking song requests blasting their favorite tunes. Most of them make me feel like an old man because “kids these days”…

Anyway, there was one song that these little rascals introduced me that I ended up loving. It’s called “Love Me” by Fia (a Spotify link). He’s a local Hawaiian artist and the song gives me the feels of being on vacation.

Disclaimer: I don’t really listen to the lyrics of songs. I just scanned parts of the music video on YouTube and it looks WAY more dramatic than I expected ????

My diet of choice these days is Keto. I don’t think I ever ran into a “healthy” cereal that was worth the calories.

Magic Spoon is it for me. It’s on the expensive side, but it’s a treat that helps keep me sane and my sweet tooth in check while I look after my health.

What’s even more amazing is that they just reformulated it. It’s about 83.9% better now. Before, the little O’s would be impervious to my almond milk. Now, the soggy to crunchy ratio reaches perfection almost immediately and lasts to the bittersweet end. An impressive feat! The flavor coating also now dissolves in the milk in that satisfyingly artificial way.

A big part of my love for fitness because it’s such a tangible way to learn life principles. One thing that I’ve learned to maximize performance is to be aware of my capacities for the task and plan in breaks into a workout before it’s needed.

A few years back I heard about the “Pomodoro” technique which is all about this principle, but for doing knowledge/brain work. It makes sense to me, but have found that personalizing it based on my current condition works better.

This TimeCube seems to be perfect tool to practice my version of it. It has 4 options and setting it is as simple flipping the time you want up towards the ceiling. The physical reminder and setting a time to a task really helps me set constraints that eliminate distractions and stay focused.

This one pricier than the other versions, but the timer orients itself so it’s easier to read, allows you to turn off sound, and just feels more quality.

I’ve talked about this bluetooth keyboard before, but I fell in love with it again.

The problem (or so I thought) is that when you use a Mac and get a keyboard designed for Windows, it basically displaces the Command key. (It’s equivalent to the Control key for you Windows users.)

It’s a big problem for me because I LIVE for keyboard shortcuts. I made up my mind to deal with it, though, because I wasn’t going to pay 3x the price for an Apple one. Especially since our last two Apple keyboards crapped out on us for no apparent reason.

I’ve had mine for at least half a year and just got the same keyboard for Jenn this past week. Her fast growing baby oven was causing her back and neck to fatigue quickly, so we raised her laptop to make it more ergonomic.

When the keyboard came in, she asked the obvious question, “Is there a way to change the keys?”.

Now, I can go back to 1 method of typing and get way less thumb cramps!

When I was living the corporate life Powerpoint scared the hell out of me. It looked like a lot of work to learn.

In teaching myself to use it though, discovered that complicated slides rarely equals better… and a lot of functions in the program were pretty unnecessary.

I also learned why it’s such a prevalent communication tool. As a very mediocre storyteller (especially compared to my better half) I like using slides because images add more dimension to what I’m saying.

Someone introduced me to beautiful.ai last year and I’m still looking for an excuse to justify the cost of the paid version. It’s ridiculously easy to create beautiful slides. My favorite thing about it is that it’s integrated with services like Unsplash so you can pull beautiful stock images and icons straight into the slides

This week I share a keto friendly recipe, a helpful pregnancy tool, a tasty snack, my new workout routine, and my husband’s newsletter announcement!