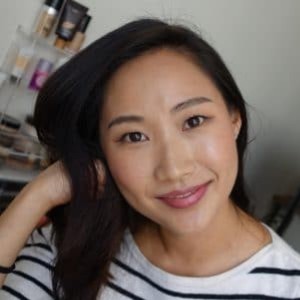 Here’s this week’s #Grattitudes – a list of what I’ve enjoyed, appreciated, or discovered:

1. baby steppin’ it back to my normal routine

For whatever reason, jet lag is kicking my ass this time around. I usually bounce back in a couple of days, but I’ve been on the struggle bus with waking up before noon.

When I woke up at 8am on Tuesday (victory!), I got myself to my first yoga class in 2020.. and was pleasantly surprised to see a handful of my friends there too.

A small win in the grand scheme of things, but doing this one thing for myself to get back into my routine was so rewarding for me. Maybe jet lag isn’t the case for you, but if you’re being hard on yourself about not killin’ it in 2020, do one thing that makes you feel like you’re on your way.

I often overwhelm myself with a list of to-do’s so I decided to experiment with writing out the top 3 tasks I would take care of each day (inspired by Pick Up Limes.) Even if I get nothing else done, these will be my focus items.

I know this system isn’t anything new, I’ve definitely heard it referenced many times before, but I wasn’t as interested in implementing it until I realized just how much I measure my self-worth on how productive I am. It’s only been a few days, but I’m feeling way less overwhelmed.

AH, I finally have one again!

When we lived in Korea, we had a badass one from Fellowes that cost $200+ that I loooooved… but I sold it before we moved because it wouldn’t work in the U.S. without a transformer. I held off on purchasing one, telling myself that I’ll have one one day when we’re living in our dream home. And for the past 2 years I’ve been collecting all the things (like expired IDs and debit cards..) in a folder labeled “TO SHRED ONE DAY”.

And then I went on Amazon the other day and saw one from Fellowes for $35! So I bought it. It’s smaller than the one I used to have and great for “light use”. I’ve forgotten how therapeutic it is for me to shred paper… I’m content now :).

I went to a Barre class for the first time ever on Wednesday!

If you’re unfamiliar with Barre, think of it like a pilates class with ballet movements. I wasn’t feeling well and I wanted to back out of it but it was more important to me to honor this commitment to myself. Another small win for the week! I’m happy I showed up to try something new.. and I also learned that Barre (at least this specific class) is not for me.

Finally… I no longer have my old Nike shoebox to lift my monitor up!

This “desk raiser” is something I found that I didn’t even know I needed. I love that there’s space underneath to put stuff (like my Bibles). I’m going to be filming a desk tour soon, so stay tuned.

This week I share a fun song, some tools that I’ve found helpful for productivity, and a healthy snack.